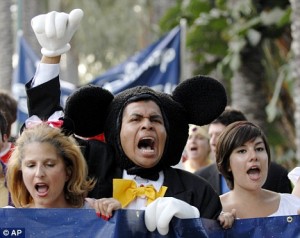 Medical staff in a Brazilian hospital brought the effects of a bite from the Wandering Spider (Phoneutria nigriventer) to the attention of researchers in the United States. If a male mammal is bitten by the spider he will experience an increase in blood pressure, overall body aches and a painful erection lasting several hours.

Romulo Leite of the Medical College in Georgia recently presented a paper to the American Physiological Society, excitedly stating that, “The erection is a side effect that everyone who gets stung by this spider will experience… we’re hoping, eventually, this will end up in the development of real drugs for the treatment of erectile dysfunction.”

In their research, Leite’s team separated out the different components of the spider’s venom by running tests on lab rats. Venom treated rats were stimulated into the beginnings of an erection and then a tiny needle-like device was inserted into each rat’s penis to measure the pressure change within.

It was reported to be significant.

Just before the Beijing Olympics the Spanish Basketball Federation published a “good luck” advertisement of their men’s basketball team standing shoulder to shoulder while pulling at the sides of their faces in a “chinky-eye” gesture.

Strangely, this led to accusations of racism and almost immediately to recollections of the Spanish Football coach, Luis Aragones, calling French striker, Thierry Henry, a “black shit” during the recent World Cup .

This summer a Moldovan man named Alexandru Bognibov attempted to enter a song celebrating the virtues of pedophilia in the Eurovision Song Contest. Bognibov sees nothing wrong with the song, considering it a celebration of his nation’s cultural tradition of having sex with underage girls. The song, entitled “I Love the Girls,” includes the line, “I love the girls of thirteen years old. They put their arms around me and I’m going down, down.”  He resolves the song with a strong ending, growling in heavily accented English, “I laavvv ze guurlz.”

The song was removed from the competition after complaints from, well, everybody.

A Houston, Texas man was recently sentenced to 35 years in prison after prosecutors said that he fatally stabbed his roommate because of his overpowering foot odor.

William Antonio Serrano, 23, pleaded no contest to the murder of Noel Quintanilla-Vaquero, 21, in May.

During sentencing Mr. Serrano cried as he told District Judge Mike Anderson that he had acted in self-defense.

Noting that no weapon, other than Serrano’s knife, had been found at the scene, the district attorney attempted to explain to reporters what Mr. Serrano had meant by his claim of self-defense, “The defendant said that the victim had smelly feet.”

On August 14, thirty- two unionized workers at Disneyland, “The Happiest Place on Earth,” were arrested for disobeying a police officer during a protest designed to call attention to poor working conditions. Officers swooped down on the group as they demonstrated over Disney’s treatment of hotel workers outside the Disneyland complex in Anaheim.

The arrests, which also included Cinderella, Tinker Bell, Peter Pan, Snow White, Aladdin and Minnie Mouse – along with dozens of other less famous Disneyland employees –  came during a march by hundred of maids, cooks and dishwashers from three Disney hotels.

The workers’ contract expired in February and their union said that the latest offers from the company would create an unfair two-tiered wage system and place healthcare beyond the reach of employees.

Before the arrests, the demonstrators chanted outside Paradise Pier, holding signs that read, “Disney is unfaithful,” and “Mickey, shame on you.”

A Wasted Page of Nonsense From Around the World
By Michael Tallon
Thursday, May 14th, 2009